“Don’t sweat the small stuff.” was a slogan that was very popular a few years ago. The slogan really comes from series of books written by Richard Carlson. The country group Alabama even sang a song about no sweating the small stuff. To a certain degree, that is a good thing. 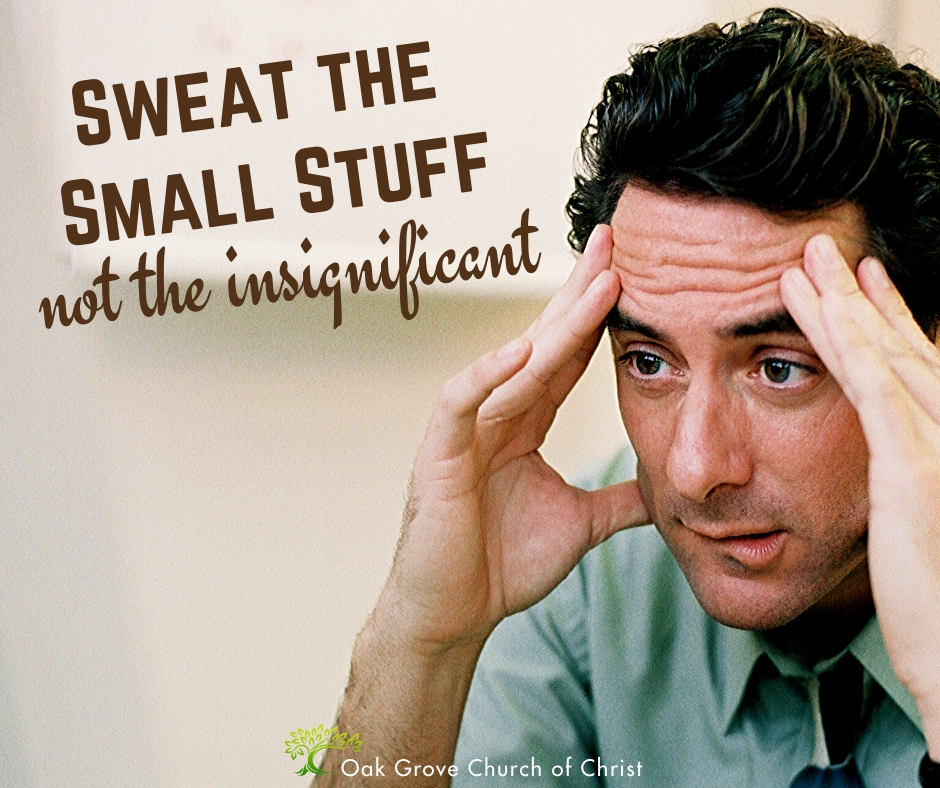 Don’t Worry About the Insignificant

We should not become overly worried about that which is insignificant in our lives. After all, Jesus said,

He went on to admonish,

“Seek ye first the kingdom of god and his righteousness…” — Matthew 6:33

But there is also a sense in which this is not a good slogan. Someone might think that not sweating the small stuff means that we should not care about something because it is small, rather than because it is insignificant. Not all small things are insignificant! James 3:3-5 describes some things that are relatively small, but have great power: things such as ship’s rudder, a horse’s bit and man’s tongue.

Just because something is small does not mean it is insignificant. There is a lot of small stuff that has a great impact on how we live our lives. A brief prayer, a few minutes of Bible reading and a small act of kindness are not big things. Yet if each of these is something we pay attention to, they can have a great impact on our lives and how we build our character.

I recently heard a quote from the great Pittsburgh Steelers coach Chuck Knoll: a coach who won the Super Bowl four times in seven years. He said this,

Did you get what he said? He basically said that those who do the little things well will be the ones who succeed in life. The same is true in carpentry where measuring and cutting boards are relatively small things, yet a mismeasured marking leads to an inaccurate board cut which can result in a wasted board.

Just like not sweating the small stuff in carpentry can ruin a board or even a whole project, not taking care of the small stuff in your spiritual life can result in a wasted life and ruin all the good you may try to do. Pay attention to little things.

Be attentive to detail, but don’t worry overmuch about that which is spiritually insignificant.