Are You Rooted and Grounded in Faith, or in Man?

There is an old truism that we are not to put our trust in man, because man will disappoint us in the end. Men are fallible, subject to temptation and often give in to sin. If our faith, our trust, our hope resides in some man or some man-made material object then we will eventually “have the rug pulled out from underneath” us. If our trust is in a man, no matter how noble, how learned, how spiritual, he seems to be he will eventually disappoint.

And when our trust is in the high and mighty in this world and when the mighty fall, what happens to those who have made that person their object of adoration? Do they themselves lose faith; will they stumble and fall as well? This indeed does sometimes happen. When a tall tree in the forest falls, sometimes a few of the lesser trees nearby are knocked down or are damaged by its fall. 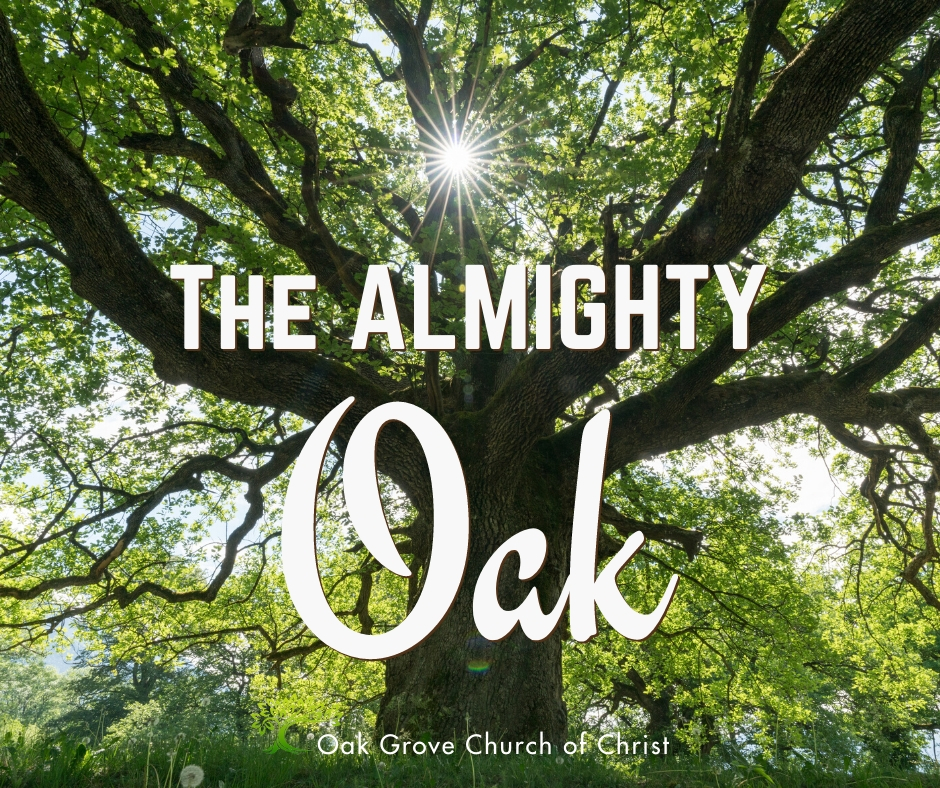 Finding Root in Jesus the Son of God

In Romans 1:4, Paul made it clear that the resurrection was the single greatest proof that Jesus is the Son of God, that He was not some mere mortal man. Jesus was, “declared to be the Son of God with power according to the Spirit of holiness, by the resurrection from the dead.” In 1 Corinthians 15, Paul makes the argument that Jesus Christ was in fact raised from the dead. In verses 3-4 Paul stated, “Christ died for our sins according to the Scriptures, and that He was buried, and that He rose again the third day according to the Scriptures…”

“But if there is no resurrection of the dead, then Christ is not risen. And if Christ is not risen, then our preaching is empty and your faith is also empty… If in this life only we have hope in Christ, we are of all men the most pitiable…” — 1 Corinthians 15:13-14, 19

Jesus is the Almighty Oak

Jesus is the Son of God – the resurrection proves it. Jesus is ultimately worthy of our trust. He is above failure. The Bible states, “They have all turned aside, They have together become corrupt; There is none who does good, No, not one…,” Psalm 14:3.

In the movie Braveheart, the father of Robert the Bruce, after Robert’s betrayal of William Wallace, tells him, “All men betray. All lose heart.” Yet by contrast, Jesus is the True Friend who will never betray or lose heart. If our trust is in Him, He will never break our heart.

We are the
church of Christ